Steve Jobs: A Talisman for the Creative Soul

I was surprised by the depth of my sadness upon learning of the death of Steve Jobs. It’s often not until we lose something that we realize how much it meant. I bear no relation to Steve. Never worked for him, or met him, or had any connection to him directly. And yet I was overcome with grief that October morning when all the world was a chatter about his life, his influence and his passing. So what was it that allowed a stranger to touch so many of us so profoundly?

He was a talisman.

What is a talisman? According to the dictionary.com app (conveniently accessed on my iPhone), a talisman can be defined as, “anything whose presence exercises a remarkable or powerful influence on human feelings or actions.” Powerful. Remarkable. Influencial. I’d say that’s about right.

I’m Mac loyal to the core. Pun intended. When I was in elementary school my aunt worked for Apple as a sales representative to the school districts. So I was lucky enough to have my very own Macintosh Classic at a pretty young age. While all the other kids were staring at black screens with a flashing green cursor I had a little gray box that could speak! I learned to type in class on a manual typewriter whose keys had to be struck with fortissimo effort. But at home I practiced in soft silence on my Mac.

When I was in high school my commercial art class taught us about composition, type and colors. But we were creating everything by hand. It was my after school meetings with a local screen-printer that I learned how to create illustrations on a Mac. Working one hour or two a week with programs like Aldus Freehand I learned to guide a mouse across a foam pad and end up with art.

In college most students had to go to the library or the computer lab for access to word processing programs. But I brought my trusty Mac to Albion College freshman year. When exams were around the corner, and final papers were due you’d think we had a revolving door installed. Everyone wanted to borrow my Mac. Another Apple fanboy souped up my loading screen with the grayscale image of two jets accompanied by music from Top Gun and the text, “when you feel the need for speed!” Wasn’t that the truth.

That Mac Classic made it through four years of college. When I was ready for something bigger, another Mac of course, we passed the Classic on to an elderly friend named Cowboy, so he could write his memoirs to share his life-story with the next generation. When he passed on, it went to my great auntie Mar with the same intent. And on, and on it went.

Do you know, that Mac never had a virus. No black-screen-of-death. I think it might have lived forever. I’m still hoping to track it down and find out.

In college I took a job for the communications department and began learning the basics of graphic design, even though all of our collateral at the time was still produced by hand with paste-up. We literally used a machine that applied wax to paper so we could paste text, photos and art to a page. This was then photographed, printed to films and offset print on huge machines. But we set our type in PageMaker on a Mac. That was the beginning of the digital age in graphic design. From there technology started to take giant leaps forward with the internet, email, zip-disks, CD-Rom, and on, and on.

I realized so much of my creative work has been influenced by the powerful inventions of Steve Jobs and his team at Apple. I learned to draw on a Mac. I began to appreciate and use typography on a Mac. Thanks to the amazing world of iProducts I listen to music, store and edit photos and movies all on a iMac. And last but not least, I have expanded my business because of a unique invention called the app made famous on perhaps Apple’s greatest invention: the iPhone.

I think it’s fair to say Steve Jobs was a talisman for the creative souls in this world. It is with parting sorrow that I thank you Steve. Thank you for your innovation, inspiration, dedication and your legacy. It extends far beyond the companies you built. “To infinity and beyond.” Peace.

Brandy Wheeler is the Creative Director and right-brained partner at Visitors Media. She’s a pysanky-making figure skater with a knack for finding Petoskey stones at the beach. Armed with an Albion College degree in visual art and 25 years of experience in graphic design and marketing she loves to share her expertise in writing. You can also find her on-camera as the founder and voice of the Traverse Traveler brand.

Here are a few related posts to check out for more information. 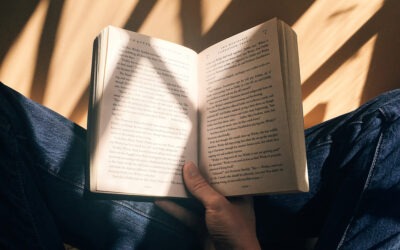 I've been keeping a little secret under my hat, shhhh, don't tell anyone but I'm a writer. Well, too late now. The cat's out of the bag and wreaking... 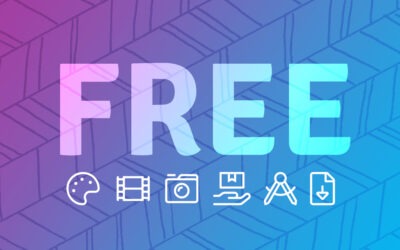 Everyone Loves a Resource, Better Yet a Free-Source

Whether you're a freelancer still relishing that first box of business cards sporting your name, an in-house designer with a limited budget or a... 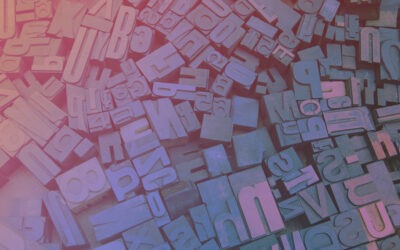 5 Mistakes to Avoid When Choosing a Font for your Logo

I've said it before, but it bears repeating: your brand is the face of your business. And choosing the wrong font can be disasterous. I've singled...